People are rightfully outraged to hear that beloved British actress and Game of Thrones alum Emilia Clarke was referred to in a highly unflattering manner during the Sydney launch of Thrones spin-off House of Dragons.

I won’t repeat the offending phrase here but as you might guess, it centred on the actress’ appearance – not her eight-year tenure as Daenerys Targaryen, the First of Her Name, Breaker of Chains and Mother of Dragons. Sigh.

Now while apologies have been made, I couldn’t miss the opportunity to suggest four alternative adjectives describing Emilia Clarke, should anyone need them: 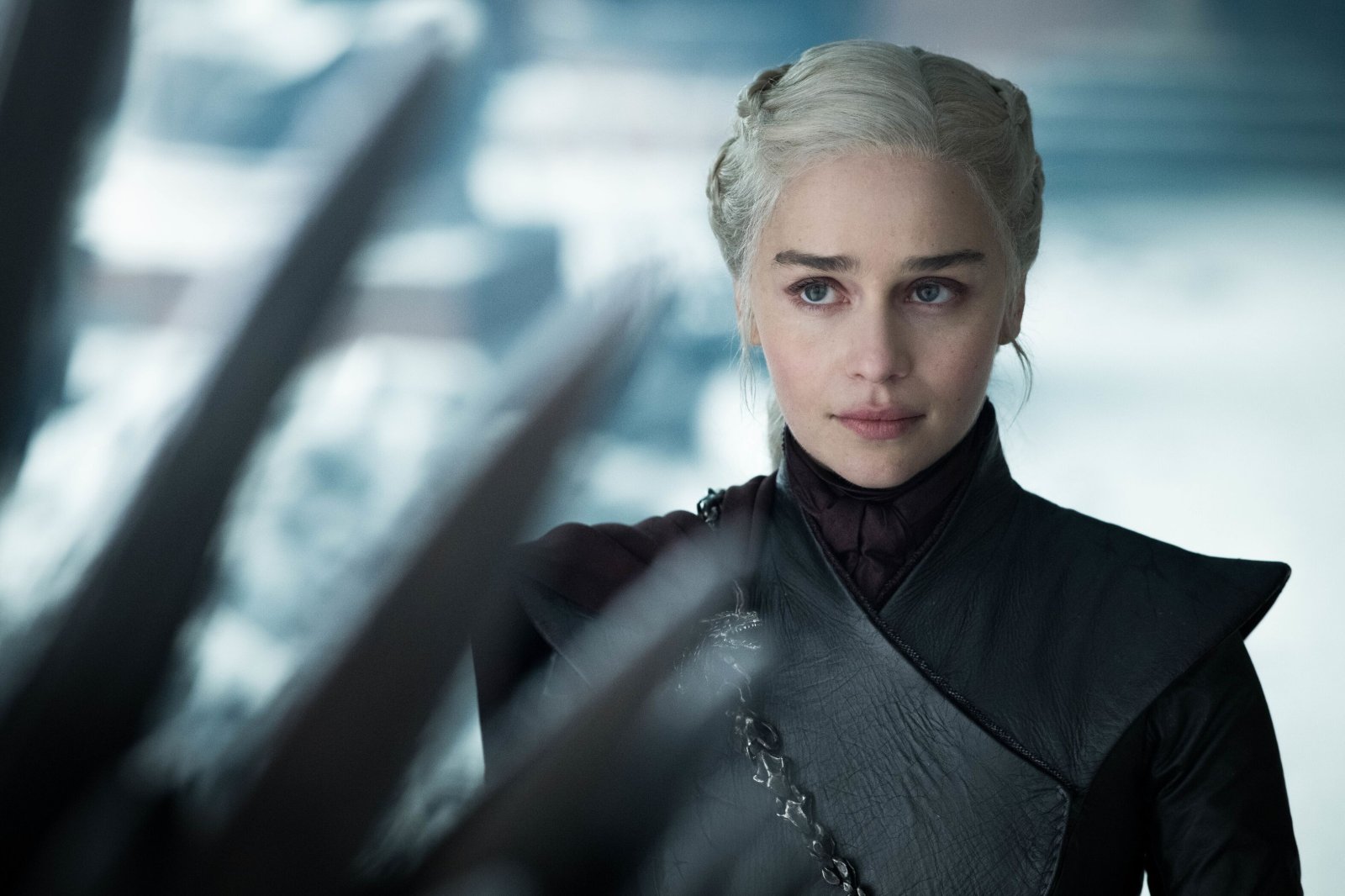 Look, I know. The final season of Game of Thrones left a lot to be desired. We tuned in week after week to see the sprawling epic unfold and writers David Benioff and DB Weiss kinda biffed it – particularly where the character of Daenerys Targaryen was concerned.

A spectre of madness had always plagued poor Dany – from references to her father the Mad King, to increasing flashes of ruthlessness when dealing with her enemies. But the climax of the story felt like a betrayal because it was rushed, and apparently it had more to do with the two highly in-demand show runners needing to free up their schedules than anything else.

Nonetheless, there were moments Emilia Clarke carried that damn show kicking and screaming all the way to the finish line. She’s never betrayed a hint of disappointment in her character’s conclusion and turned in amazing performances, including a silent and epic seven seconds that change everything.

Oh, and she learned not one, but two fictional languages to play the fictional queen and conqueror. Two.

The actress has spoken openly about her experiences on set – especially regarding the numerous nude scenes that appeared in the script for Dany. Despite admitting that she felt pressured to appear nude without complaint in early seasons of the show, Clarke has defended the production’s use of nudity. She’s also acknowledged that the show would likely look very different if it was made today.

She’s shared how her on-screen husband Jason Momoa looked out for her on set while they filmed the first season, and taken aim at the media industry’s obsession with her naked form.

‘The last time that I was naked on camera on [Game of Thrones] was a long time ago, and yet it is the only question that I ever get asked because I am a woman,’ she told the Hollywood Reporter in 2019.

‘It’s annoying as hell, and I’m sick and tired of it.’

Clarke survived two life-threatening brain aneurysms during the TV show’s run, fitting in numerous surgeries around a gruelling filming schedule for Seasons 1 and 2. Determined to keep her experience under wraps at the time, she shared her story in full with the New Yorker in 2019.

In it, she details the terrifying experience of a subarachnoid haemorrhage, plus the reality of promoting a new TV show while secretly managing treatment and recovery.

‘Staying at a hotel in London during a publicity tour, I vividly remember thinking, I can’t keep up or think or breathe, much less try to be charming. I sipped on morphine in between interviews,’ she wrote.

She’s since recovered beyond her ‘most unreasonable hopes’ and runs her own charity SameYou, which works to develop recovery treatments for brain injury and stroke survivors, with a focus on emotional and mental health support.

And as if that weren’t enough, the woman also gave us this endlessly reusable meme: 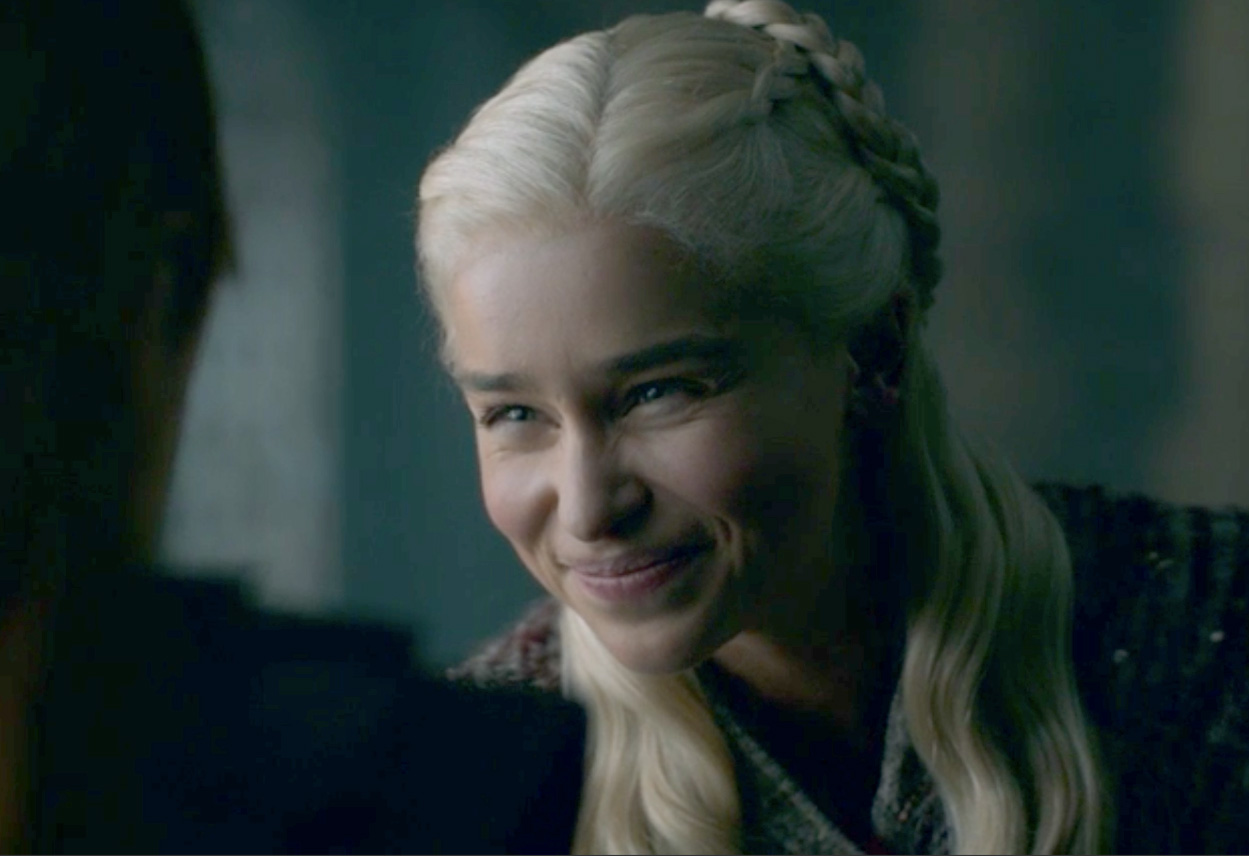 I rest my case.

Why employers shouldn’t be scared of Respect@Work

Four things you should know about Ajla Tomljanović

A complex royal legacy and a grim outlook for women

Meet the woman who changed Beyoncé’s mind with a tweet

Apropos of Nothing: Four Words to Describe Actress Emilia Clarke

The perfect end? Why Neighbours had more work to do